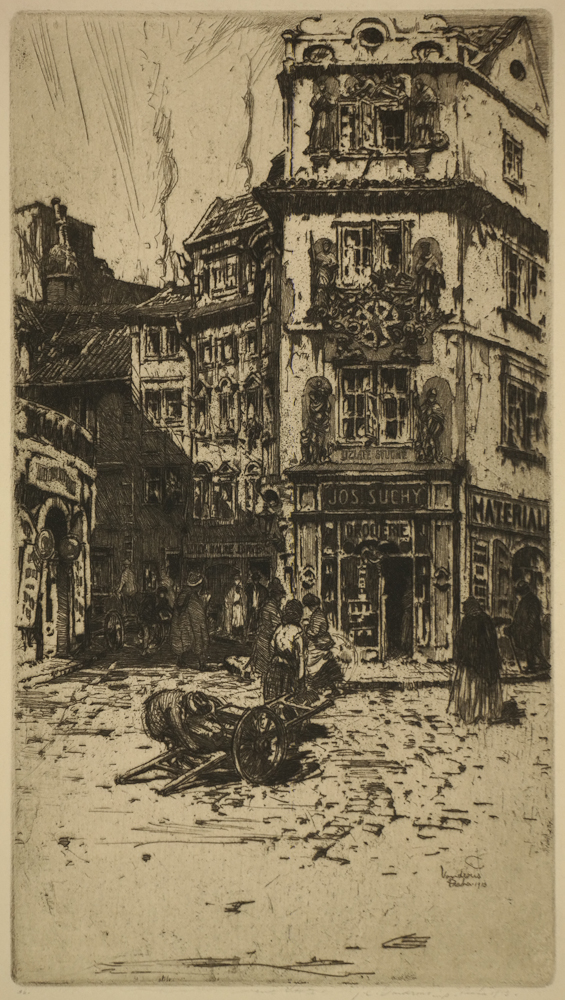 The House at the Golden Well was (and is) an historic hotel and restaurant in Prague. You can Google-image either the Czech or English name to see a beautiful assorment of contemporary photos. Vondrous’s etching shows human activity, strong light and deep shadow, and a rich range of textures.

In 1929, however, Vondrous re-settled in his native Czechoslovakia and continued to etch and paint the people and architecture of Prague where he lived and worked. 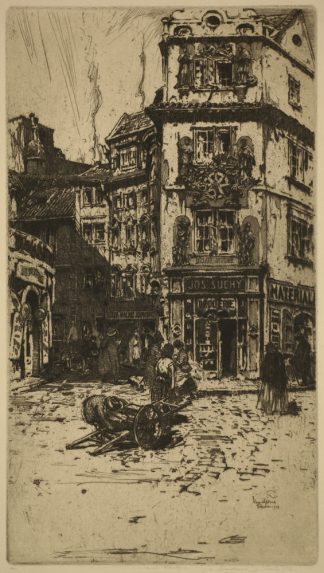