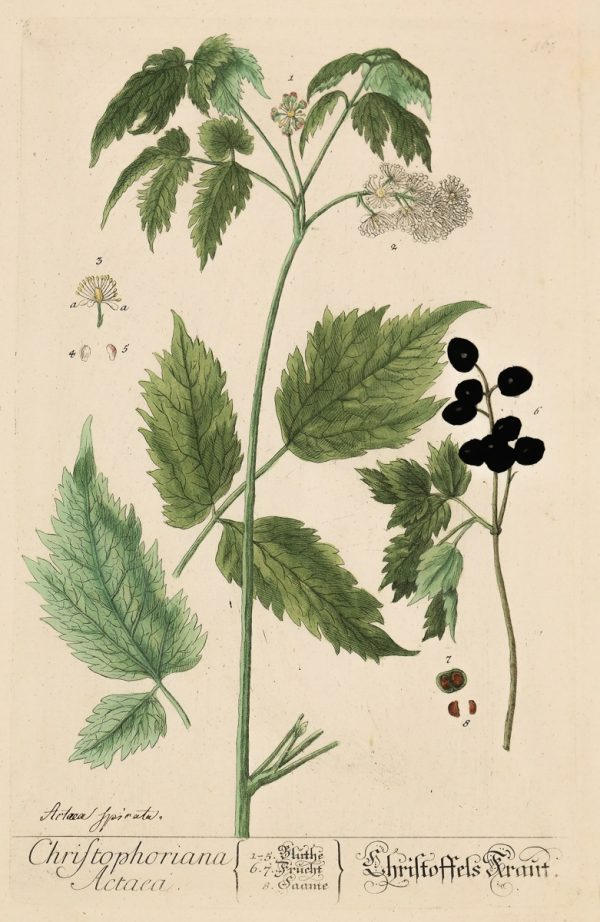 Christophoriana Actaea / Engraved circa 1735, printed circa 1757

Condition: Good for age, paper is not brittle / Tanning at edges of sheet / Some foxing and stains

Elizabeth Blackwell (Scottish, 1707–1758) was among the first women to achieve fame as a botanical illustrator. She also stands out for drawing, engraving, and hand-coloring the works herself, as these three tasks were normally carried out by different people with different training.

She began her work as a botanical artist out of financial need. Her husband, Alexander, was illegally practicing as a physician, and the couple fled from Aberdeen to London to avoid his arrest. Alexander was later fined for printing without a license, and wound up in debtor’s prison.

Elizabeth, by then a mother, learned of a need for an apothecary reference work describing plants from the new world. Trained in art but not in botany, she drew the plants from live specimens at the Chelsea Physick Garden. Over six years, Elizabeth illustrated and engraved 500 specimens.  Alexander annotated the drawings in latin and other languages, from prison.

The full title of her work, published in installments between 1737 and 1739, was:

“A Curious Herbal containing five hundred cuts of the most useful plants, which are now used in the practice of physick, to which is added a short description of ye plants and their common uses in physick”.

A second edition was printed in Germany around 1757. The engravings you see here were from that edition, and we assume that artists other than Blackwell did the hand-coloring.

A Curious Herbal was successful enough to release Alexander from prison, but his troubles continued. After several more failed or fraudulent business ventures in London, he moved to Sweden. He worked as a physician in the royal household, but then became associated with a political plot and was hanged. 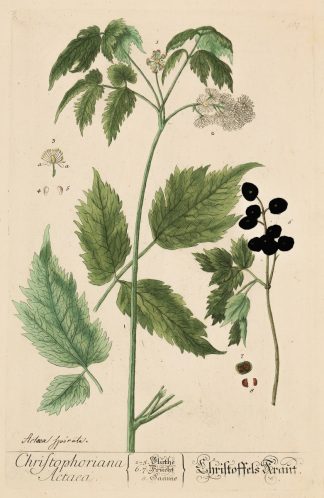