Skip to content
View cart “Ex-libris for Jaromir Bilek” has been added to your cart. 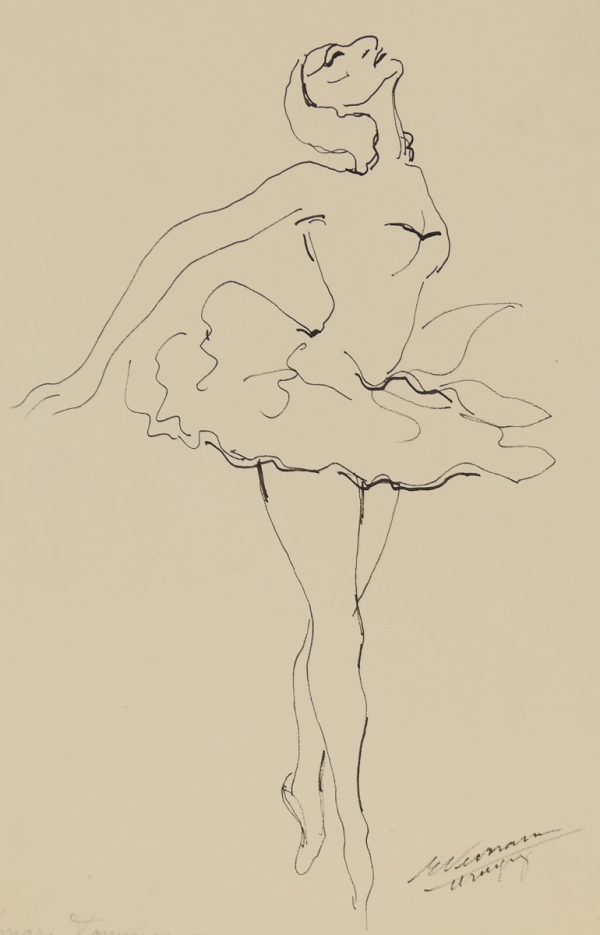 Tamara Toumanova (Russian-born American, 1919–1996) was a prima ballerina and actress. A child of exiles in Paris after the Russian Revolution of 1917, she made her debut at the age of 10 at the children’s ballet of the Paris Opera. She became known internationally as one of the Baby Ballerinas of the Ballet Russe de Monte Carlo , after being discovered by her fellow émigré, balletmaster and choreographer George Balanchine. She was featured in numerous ballets in Europe. Balanchine also featured her in his productions at Ballet Theatre, New York, making her the star of his performances in the United States. While most of Toumanova’s career was dedicated to ballet, she appeared as a ballet dancer in several films, beginning in 1944. She became a naturalized United States citizen in 1943 in Los Angeles, California. (Wikipedia) 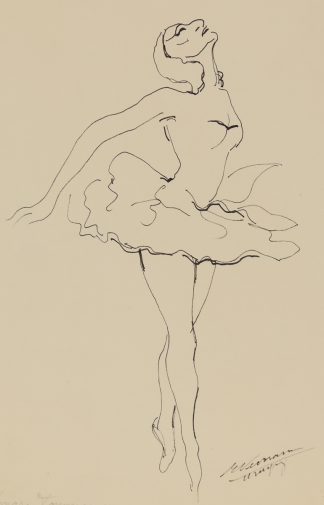