Arthur Rubinstein (Polish-american, 1887–1982) …received international acclaim for his performances of the music written by a variety of composers and many regard him as the greatest Chopin interpreter of his time. He was described by The New York Times as one of the greatest pianists of the twentieth century. He played in public for eight decades. (Wikipedia) 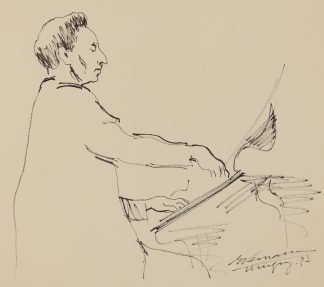