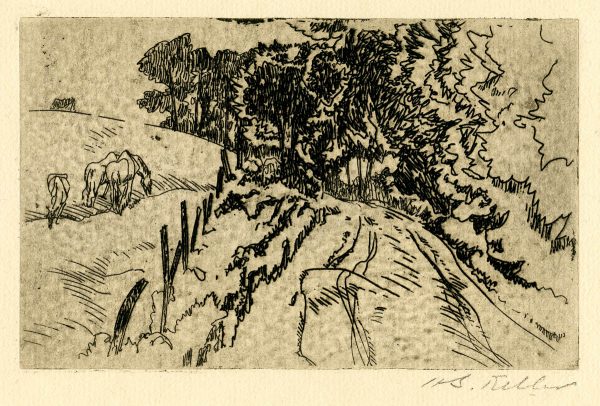 Road Over the Hills, near Fries Landing, Ohio /1928