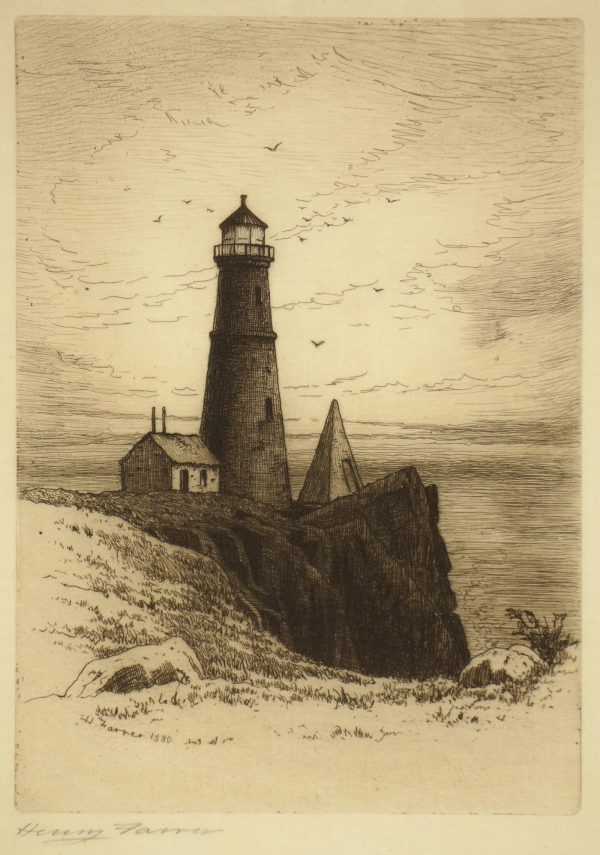 Edition: from Japan paper edition of 50

Held in collections including:

Henry Farrer (English-born American, 1844–1903) came to the US as a young man. He built his own etching press and made his first etching in 1868. A self-taught artist, Farrer first aligned himself with the Pre-Raphaelite movement. He then moved toward thetonalist style, making watercolors and etchings depicting quiet waterside settings, rich in mood and atmosphere. Farrer helped to found the New York Etching Club, a major force in the American etching revival. He was also a co-founder of the american Watercolor society.