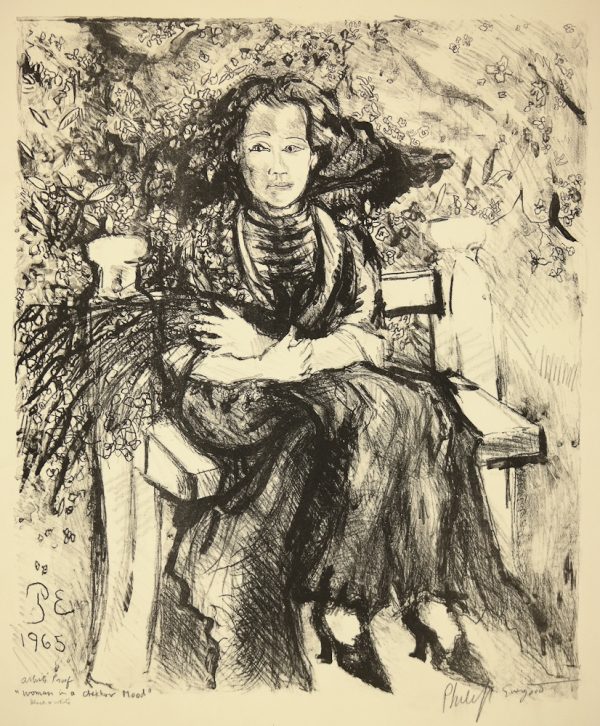 This is an artist’s proof, part of a working process that led to a three-color editioned print.

Condition: very good / light handling creases in top and bottom margins, will not be seen when matted

Philip Evergood (American, 1901–1973) was born Philip Blashki in New York city. He was raised in England, studying at Eton and Cambridge, and then at the Slade School of Art. He continued studies at the Art Student’s League in New York, and the Academie Julian in Paris.

Evergood was a WPA muralist, and was part of the American Scene and Social Realist movements until the 1940s, when he pursued more symbolic themes.

The art of Philip Evergood is in many major museums, including: