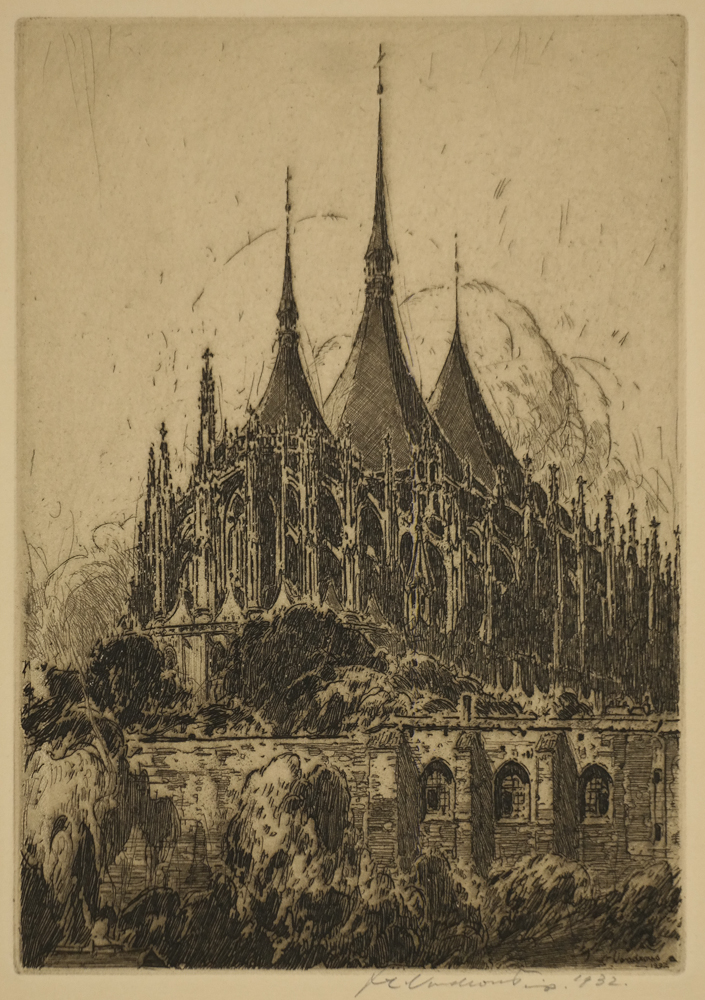 This small gem was produced as a New Year’s gift from Czecheslovak officials. It folds in the middle with etching on right, and text on left.

Kutna Hora , one of the oldest Czech towns, once was renown for its silver mines… Many important days in Czech history have passed in this city. Among its monuments, the Church of St. Barbara is an admired example of Gothic architecture.

Born in Czechoslovakia, Jan Vondrous (yahn von-drōs, 1884-1956) is best known for his work as an architectural etcher. 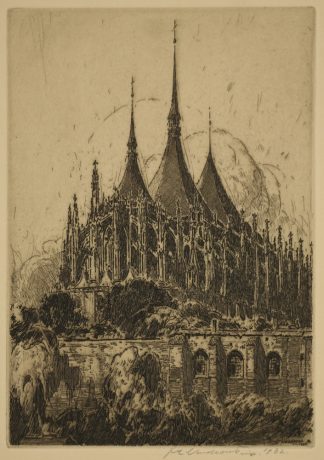