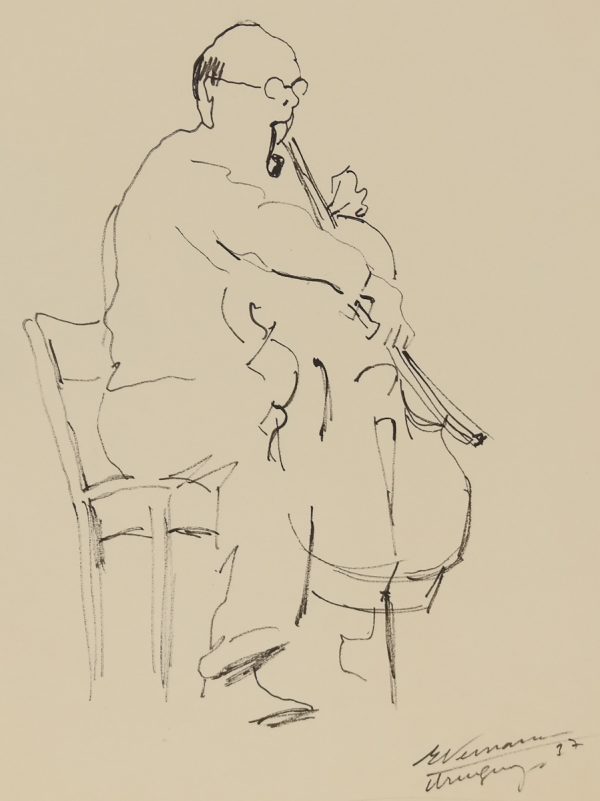 Condition, front: very good, with a few spots of foxing near bottom

Pablo Casals (Catalan, 1876–1973). From Wikipedia: He is generally regarded as the pre-eminent cellist of the first half of the 20th century, and one of the greatest cellists of all time. He made many recordings throughout his career, of solo, chamber, and orchestral music, also as conductor, but he is perhaps best remembered for the recordings of the Bach Cello Suites he made from 1936 to 1939.