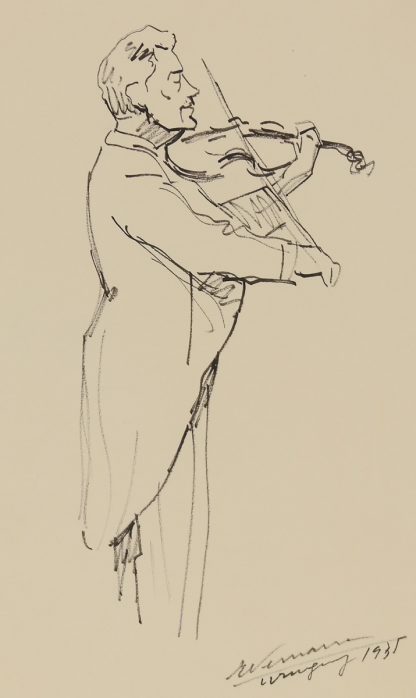 Fritz Kreisler (Austrian, 1875–1962) was a beloved violinist and composer. From Wikipedia: One of the most famous violin masters of his or any other day, and regarded as one of the greatest violinists of all time, he was known for his sweet tone and expressive phrasing. Like many great violinists of his generation, he produced a characteristic sound which was immediately recognizable as his own. Although it derived in many respects from the Franco-Belgian school, his style is nonetheless reminiscent of the gemütlich (cozy) lifestyle of pre-war Vienna.