Skip to content
View cart “Ex-libris for Dr. Karel Sulc” has been added to your cart. 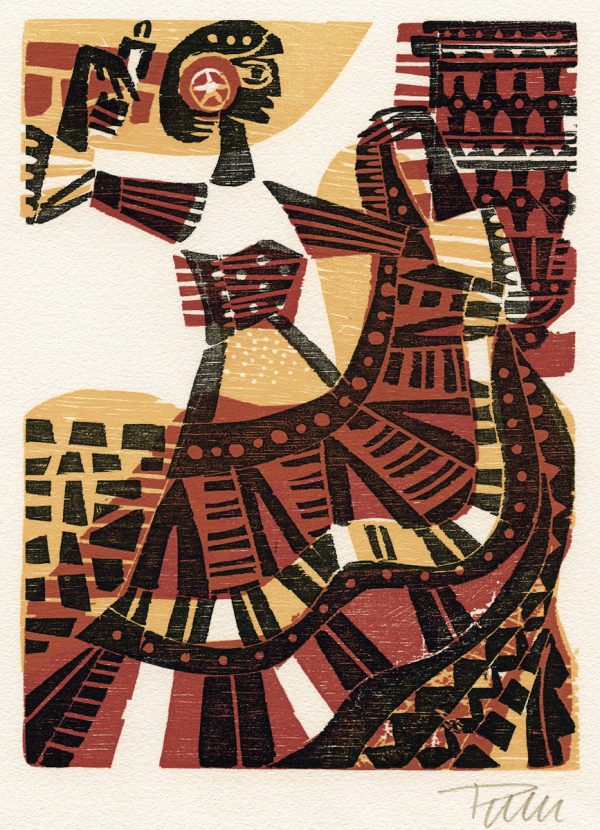 Cumbia  〈’kumbja〉 is a dance-oriented music genre popular throughout Latin America. It began as a courtship dance practiced among the African population on the Caribbean coasts of Colombia and Panama. It later mixed with Amerindian and European instruments, steps and musical characteristics and spread throughout Latin America and abroad. While other genres of Latin American music have remained associated with specific countries or regions, cumbia has grown to be one of the most widespread and unifying musical genres to emerge from Latin America.  Source: Wikipedia

Alfred Pohl (German) was born in Essen in 1928. He studied art in Trier, Lüneburg and Hannover. In 1965 Pohl worked in the Paris studio of Johnny Friedlaender. He taught art in Peru (1967–70) and in Colombia (1972–74). Even in later years, many of his images would feature South American landscapes and themes. In 1972 Pohl returned to northwest Germany, settling in Göttingen where he lives and works today.